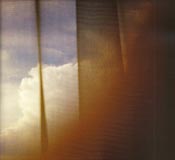 Wonderland magazine, March 2009.
© Viggo Mortensen.
Viggo Mortensen's always getting it out. His camera that is. He takes his trusty Leica wherever he goes (although he's just as happy using single-use disposables), snapping away on his travels. It's a useful way to focus the mind, apparently. "A lot of times I don't take the picture," he explains, "but the fact that I have it and I'm considering that I could take one means that I'm looking at things a little more clearly than I would if I wasn't."

Sipping a toxic-looking brew of green tea, Mortensen is the picture of exhaustion, having touched down in seven countries in the space of a week while promoting his new film, Good, based on the C P Taylor stage play about a literature professor who falls into the embrace of the Nazi party. "I'm in a sort of dream state. Everything seems a bit unreal," he confesses.

Happily, chatting about his artistic endeavours gradually puts the colour back in his cheeks. Taking photographs, it transpires, has been a crucial element of Mortensen's movie-role preparation for a few years now. On most projects, he undertakes his own personal journey before filming begins, in order to slip into the skin of his character. He travelled through Russia for Eastern Promises and camped out in the New Zealand wilderness on The Lord Of The Rings. The images here are those that the immersive, just-turned-50-year-old shot on his odyssey through Germany and Poland prior to Good's 2007 shoot in Budapest.

"I wasn't just looking at old WWII documentary footage or photographs in museums. I was going into it because I was looking for myself," says Mortensen, who clocked up 2,000km on his tour across Europe, which took in several death camps. "It was interesting because it was nice weather," he continues. "It gave me a different perspective because we're used to having this grim picture, but in reality... I'm lying on the grass in Auschwitz or Treblinka and the sun's out, it's blue skies, birds in the air - and they saw that too. It's kind of strange. Perfectly nice people - carpenters, professors, whatever - built those places and ran them and had their lunch breaks there. That's what's terrifying: how normal and mundane it is."

Wonderland magazine, March 2009.
© Viggo Mortensen.
For Mortensen, who's published volumes of poetry, recorded jazz albums, and exhibited paintings and photography from Iceland to Japan, the creative drive is often concerned with pinning down his own memories. "I think the impulse to express yourself has to do with wanting to record your feelings at that moment. I know my feelings may change, and what I painted or wrote, or how I performed, I may look on later as quaint or odd. It's like this story that keeps evolving and surprising me... It's certainly a way not to get bored."

His camera has proved the most powerful preservation tool because he can ferry it everywhere. The painting, however, has had to take a back seat. Between 1998's A Perfect Murder - when he convinced the producers to let him create his artist character's abstract murals - and the multi-year Lord Of The Rings, Mortensen immersed himself in mixed-media composites. Only now, though, is he ready to get stuck in again. "For the last three years I haven't been able to finish paintings properly," says the actor, who's been turning down film offers so he can use 2009 to "get on some kind of regular sleeping pattern and be in more contact with friends and family" as well as complete "all these half-finished paintings."

He'll also be compiling another book for his own publishing label, Perceval Press, which will include a raft of the sketches that he never stops doing of "landscapes, strangers, passengers, things I see out the window of trains and buses and cars and planes." "The world is a bewildering assortment of images," he smiles wearily, "and certainly at the pace I've been going now for the last seven, eight years, it's all a record of a journey that just seems to be going faster and faster. I'm trying to slow that journey down..."