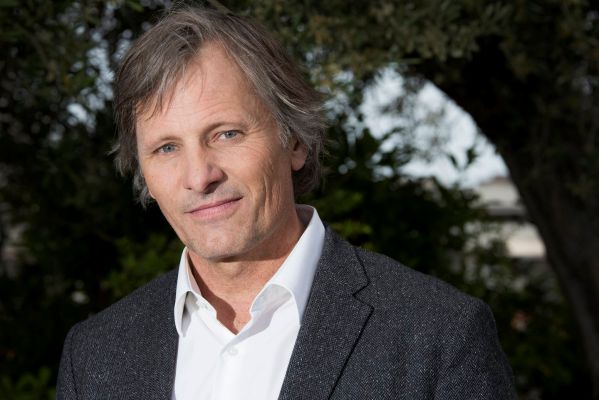 Image Joel Ryan.
© AP.
Viggo Mortensen is probably best known for playing the swashbuckling Aragorn in the Lord of the Rings trilogy, but the New York City-born actor is actually a Renaissance man who writes, paints, is a talented photographer and runs his own publishing house. Raised in Denmark, Venezuela and Argentina, he's also multilingual. Mortensen was Oscar-nominated for the 2007 thriller Eastern Promises, earned a Golden Globe nomination for A Dangerous Method (2011), and has appeared in the critically acclaimed films A History of Violence (2005) and The Road (2009).

In his latest, Captain Fantastic, which opens Friday, July 8, Mortensen plays a man who, with his six kids, is forced to re-enter society after living off the grid for a decade. Newsday contributor Lewis Beale spoke with the actor, a huge fan of the Argentine national soccer team, just hours before his favorite players were playing Chile in the Copa America final.

I had mixed feelings about your character in Captain Fantastic. He seemed to be a loving father who was also really dictatorial, and didn't respect the feelings of people outside his family unit. Is that how you see him?

The one thing he's most against and is trying to shield his kids from is rigidity, and inadvertently he becomes that. It's an interesting story; by being morally uncompromising, in some sense he compromises himself morally. When I read the screenplay I thought: "That's interesting. Let's see where this goes," and after a while I saw it was about balance, finding balance. It's not an ideological movie at all.

How did your own experience as a father affect your performance?

I have been a father and a son, and it reminded me of times when I thought I was doing the best I could. But at a certain point, your kids are gonna think you're wrong, they're going to rebel, and on some level that can be distressing to a parent, but you work through it. And I saw that in the script. It's about adjusting, being courageous enough to admit you're on the wrong track, and doing something about it. It's about being engaged with your kids.

The final shot of the film shows the family in a totally different social setting, with your character seemingly looking wistfully outside. What do you think he was thinking?

It's hard to say what he's thinking. My feeling was he had come to terms with the changes he had to make, while still hanging onto their family ideals, the system of their family, their approach to life. But they made a compromise. There seemed to be a contentment, a certain normalcy. I thought that was really cool, just a normal day.

Some of your best work was with director David Cronenberg on A History of Violence, Eastern Promises and A Dangerous Method. What was it you liked about working with him?

I liked his sense of humor. I appreciate his sensibility, the way he tells stories, the way he works with actors. He's a very pleasant, gentlemanly sort of person, and he knows how to cast actors. And it's no accident many actors, a lot have given some of their best performances in his movies.

You'd been making movies for over a decade when you were cast in Lord of the Rings. How did that affect your career?

I had never been exposed to all that attention. All of a sudden, we were known all over the world, and that was shocking. But it was a great opportunity; it gave me more options of what I could do. It didn't change my approach to acting, just gave me more opportunities.

You speak several languages and have appeared in foreign-language films. What kinds of offers do you get in that realm?

I've done several in Spanish, I regularly get offered Argentine movies. I did a play in Spain. Once in a while, I get offered something in Danish. I don't have a plan in terms of what nationality or language it should be, I'm just looking for good scripts. The last seven years or so, it might seem I'm trying to be the United Nations of acting, but I'm not. I just want to commit to a story. It's just the luck of the draw. There's no conscious choice to avoid any genre or budget.

You've mentioned that you enjoy doing sword work in your films, which you did impressively in the Lord of the Rings trilogy. What is it about swordplay that you like?

I had done swordfighting in one play, "Romeo and Juliet," in a regional theater, but not the kind of swordfighting like LOTR. . . . It came to me quickly, I liked it right away. I liked the performance and dance aspect of it. Maybe I was channeling some warrior ancestor.