Viggo-Works > Articles > Interviews > 2014 > In Cannes with VM about Jauja 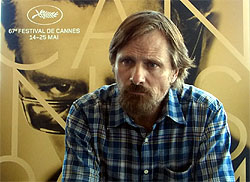