The Two Faces of January - The Talented Mr. Amini 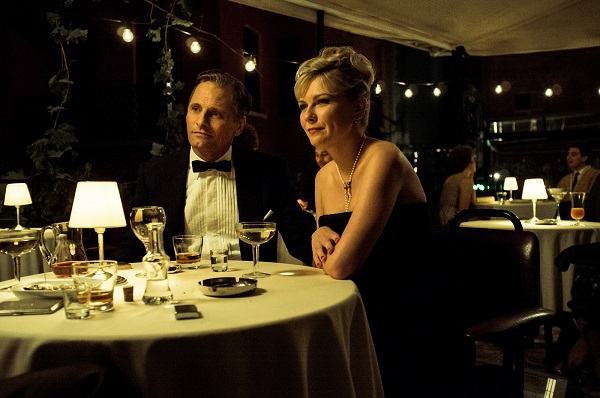 Footloose in Greece, tour guide-hustler Rydal (Isaac) is drawn to wealthy American couple Chester (Mortensen) and Colette MacFarland (Dunst). Sudden violence reveals they are not what they seem to be either, but the trio are caught together in a web on an increasingly tense journey from Athens to Crete to Istanbul.

A neglected Patricia Highsmith novel he loved — her ninth, published in 1964 — inspired screenwriter Hossein Amini (The Wings Of The Dove, Drive) to turn director. He certainly knew what he was doing. Anyone who loves Hitchcock's adaptation of Strangers On A Train, Clément's Plein Soleil, Minghella's The Talented Mr. Ripley (or any of around two dozen Highsmith adaptations, for that matter) will relish an atmospheric thriller of deception that is character-driven but doesn't stint on suspense, shock twists and the ever-popular increasingly desperate pursuit.

Befitting an ironic psychological mystery, the title is a play on the themes of duplicity and shifting circumstances, January being derived from the ancient god Janus, a symbol of beginnings and transitions, whose two faces look to the past and future. The principal characters have two sides to them and our perceptions of each alter considerably. It's 1962, and a resourceful American adrift in self-imposed exile, Rydal (Oscar Isaac), has his dark secrets and emotional baggage but is enjoying himself latching onto tourists (college girls his speciality). Well-educated and fluent in Greek, Rydal is a knowledgeable guide but also uses his abundant charm and fluency to skim off the deals he negotiates for his charges. Sunlit on the Acropolis, elegant new arrivals, the stylish MacFarlands (Viggo Mortensen and Kirsten Dunst) look like movie stars, Chester the older, New York financier type and the younger Colette flirty, sexy and chic. Apart from their money they represent sophistication and excitement to Rydal, whose unhappy history with his father seems to make Chester, the glamorous father figure/role model, even more attractive to him than pretty, convivial Colette.

Inadvertently Rydal catches Chester out in a huge, revelatory, uh-oh moment, offers to help, and their fates are inexorably entwined. The MacFarlands are just one step ahead of the law and too late, when the three have fled to Crete to await new passports Rydal has brokered with one of his sketchy contacts, Rydal learns the extent of their anxiety and culpability. Nerves are fraying when the vulnerable Colette's growing dependence on Rydal and her mounting disillusionment with her husband bring out Chester's ugly side. Drinking heavily, jealous, mean, he's increasingly volatile and untrustworthy. While it is Rydal who strikes us initially as the more sly and manipulative of the two men, it's his growing unease with which we identify, though the motives and intent of both conmen remain suspicious in their cat-and-mouse game. Fresh off his breakout performance in Inside Llewyn Davis Isaac continues to impress with his presence and ability to be likably flawed. Mortensen is superb as a fraud whose facade crumbles but who retains his craftiness even in despair. Amini lays the psychological groundwork beautifully (with more attention to Colette's character than Highsmith gave her, his screenplay and Dunst's intelligent performance elevating her from love-triangle cypher into a more complicated, sympathetic captive of mischance), and tightens the grip incrementally. Thus the second half really resonates when misadventure and poor judgment escalate, the pace accelerates and the scenery darkens, and by the time we reach a life-or-death climax in the Grand Bazaar of Istanbul, it's nail-biting, bullet-sweating time.