Source: The Globe and Mail
Viggo Mortensen and David Cronenberg worked together for the first time in 2005 on A History of Violence. Since then the revered Canadian director and the multifaceted Lord of the Rings star have formed a consistent collaborative relationship reconnecting again in 2007 for Eastern Promises and in 2011 for A Dangerous Method. This week Mortensen will join his friend and mentor at the TIFF Bell Lightbox in Toronto to discuss their creative connection and what makes a great movie. Here, Mortensen shares some of his secrets for success, including why the most natural actors can't get served at the Beer Store. 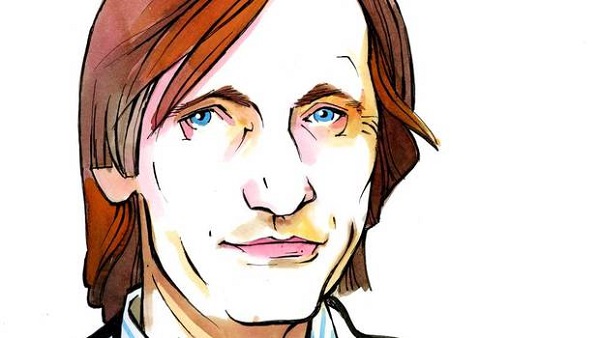 I first met David when we were making A History of Violence. We didn't know each other at the start, but we developed a rapport very quickly and naturally. Before we started shooting we discussed my role, and he made it very clear what kind of movie he wanted to shoot. I understood exactly what he was trying to do. People talk about chemistry, but I would say it's more about communication – is this someone who you can communicate with? David and I were definitely on the same wavelength, which is why I've come back so many times.

If you want to see really great acting look at children playing make-believe. No one ever has to ask a kid, "Can we do another take because I didn't believe that you believed what you were doing?" Children are totally committed to their fantasy life – they are the thing they are pretending to be. I try to be the same way. When I'm playing Sigmund Freud, I'm really trying to dive into that role. I'm certainly not the kind of actor who is asking everyone on set to call me Sigmund, but I try to give myself over to the process as much as possible. Of course, as an adult I am concerned with the more technical aspects getting things right, but I think when actors start to overthink things is often where they run into trouble. Kids are just able to be.

I know other actors do the "one for me, one for the studio" thing. That makes sense, but I wouldn't say I'm the smartest or most practical career person. I simply look for good stories. Lately I've been doing a lot of movies overseas and in different languages, not the kinds of things that get a lot of attention in the media, but I'm certainly not committed to doing just those types of movies. As an actor, the challenge is to try as many things as possible. I definitely don't have anything against the big blockbuster movies. I would be happy to do a superhero movie if the script was good. I've come close a couple of times, but for whatever reason it didn't work out. These aren't the kind of offers that come along very often, but if the right project was put to me, I'd be game. It's just another kind of story.

As an actor I think one of the worst things you can hear is "the movie sucked, but you were great in it." Some actors might like that, but I think that making a movie is a team endeavour and you're only as good as the final product.

Why the Oscars are bogus

I don't really have a strategy for dealing with the celebrity aspect of my job. I think I've gotten better at giving interviews and making appearances with practice, so I guess that helps. One of my few rules is that I have always tried to veer away from my personal life. I read interviews with people who allow themselves to be dragged into that or who are interested in talking about their personal life, and I generally find that all very boring, so it's not something I want to fall into. I've been to film festivals and I've been on the awards circuit a few times, but I'm not someone who's close to that world of celebrity, so it's not something I have to spend a lot of time thinking about. When it comes my way, the requirement that I show up at those kinds of things – it's interesting, it's just another experience. I don't assume it's ever going to happen again. It didn't happen this year and I think my work was better than last year. What you quickly come to realize about awards and all of that is that there isn't that much logic to it. The best work often doesn't get recognized. How can you explain the fact that David Cronenberg has never even been nominated by the Oscars? Look at the other people who are nominated and even the people who win. It makes no sense, but I don't think he loses much sleep over it.

This interview has been condensed and edited.