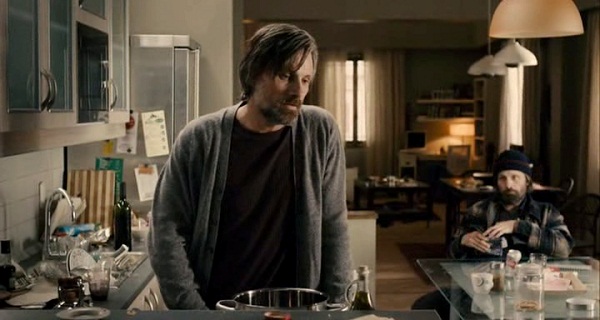 © 20th Century Fox/Haddock Films.
Viggo Mortensen is a man of secrets. He might be best known as Aragorn in the Lord of the Rings series, but his most memorable performances on film have been in the roles of men whose lives are ruled by dark secrets: take A History of Violence and Eastern Promises, for example.

Now, fans can add Everybody Has A Plan to that list. Viggo plays twins who lead very different lives - one as a pediatrician in the city, another as a beekeeper who deals in crime on the side on rural Argentine riverbanks - until one takes over the other's life - and, unwittingly, the dark secrets that go with it.

It's no accident that Mortensen keeps getting these roles. "I've never literally played twins," he admits, "but everybody is complicated in real life.

"They might seem simple and well adjusted, and don't seem to have any troubled areas in their lives," he continues. "But everybody has secrets, insecurities, certain things that they keep to themselves. I think all of us, when we get up in the morning, are a different person than when we meet our mother, our boss, a cop, even a stranger on the street. You present yourself in slightly different ways."

That's not to say portraying Everybody Has a Plan's twins was old hat. "I was worried about the scenes in which the brothers appear together, how we were going to do that technically," he remembers. The scenes are few, but crucial in establishing the differences between the brothers and their lives. "How am I going to behave in a way that I really believe when I watch it," Mortensen worried.

But director Ana Piterbarg's shooting schedule worked to his advantage. "Fortunately, when we shot [the rest of the film] first, so by the time I got to the scenes where they're together and speaking to each other, I knew each of them separately and very well," Mortensen explains. "It was actually kind of fun watching them interact."

When Mortensen explains the secrets of others, it's easy to assume he's speaking of himself. But his own hidden thoughts apparently aren't as tortuous as those of his characters. When asked who he'd trade places with in real life, if he could, he responded, "I wouldn't. I'm happy with my life.

"I'm very curious about other people's lives, though - that's part of the reason I like acting and telling stories in the theater. You get to almost be another person. You never get to really be another person; if you get to think you are that other person, there's something mentally wrong with you," he laughs. "But as an actor I get as close as I can."