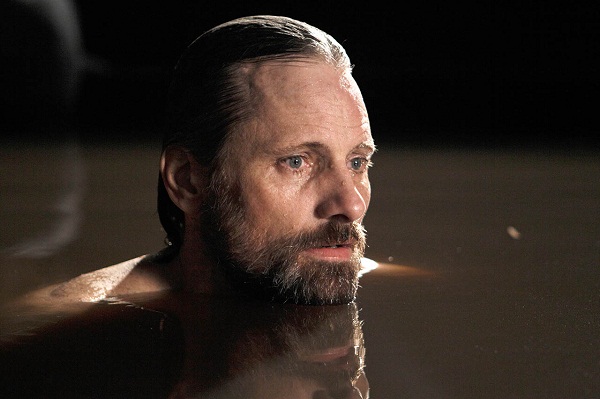 Deleted scene
Image John Harris.
© Haddock Films.
Viggo Mortensen learned Spanish when he was a kid, growing up in Venezuela and Argentina, and in Everybody Has a Plan ? an atmospheric thriller set in the Delta, in the Tigre, of Argentina ? Aragorn of Lord of the Rings speaks the language effortlessly, sin efuerzo.

Mortensen, who showed up at the Monday afternoon public screening to introduce the film with his director, Ana Piterbarg, stood before the 500-seat-plus crowd and said "the story takes place here," and then unfurled a blue and white Argentine flag. "And it's about this," and he holds up identical rag dolls. That's because Mortensen plays twin brothers in the pic, one of whom still lives in the delta, raising bees for honey and consorting with criminals. The other is in Buenos Aires, a doctor, whose wife is leaving him, and whose world is falling apart. When the country twin is killed, the city twin assumes his identity and his island home, not knowing the mess he's getting himself into. Suspenseful, mysterious, the audience was into it. And into Viggo, of course.