New visit to the children in the Bombonera. We forgive them this time. Acid test, a rivalry more important than ever, and a result...more or less acceptable. Less than more, really. At the moment the tournament is even. Botinelli is an example. To me, he was the head, the most dedicated body, the soul of our team. Thank you, champion. You are a beast. Actually the whole team gave themselves in the critical moments, solving the problems with intelligence in a "clásico" full of nerves, dark energy, very tense. I had a pretty bad time. I´m neither in Buenos Aires nor in a place where I could see the match well. I put up with seeing blurred and constantly interrupted images on my laptop, with an infernal audio of generally dull comments, in the middle of a forest where it never stopped raining. The goal by Boca filled me with anguish. But, little by little, I calmed down. I believe in our team. We are doing fine. Hold on Ciclón! 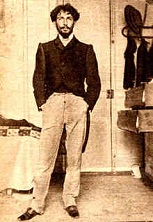 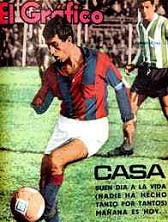