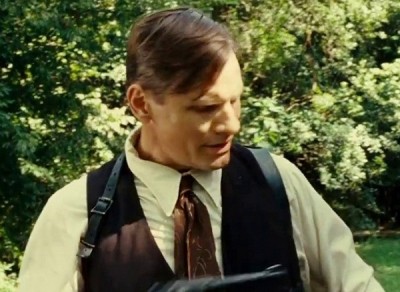 Viggo Back "On The Road," But With an Upgrade on the Shopping Cart

"I was undecided whether to accept ... I still had Sigmund Freud with me (the last character that he played, ed.), and there was not enough time to "clean up" and enter another one. But the director insisted and eventually convinced me."

Yes [smiles]. When Walter Salles offered me the role of Old Bull Lee, I was finishing shooting A Dangerous Method with David Cronenberg, and I told him, "I don't think I can prepare myself for the role in time." But I had also gained weight for the other film and Walter told me, "I think you can. It's one version; you can look any way you want. I want you in the film for your ideas and for the way you approach your work." And I'm glad I did it.

Viggo Mortensen: "I think I've learned from my mistakes"
By Gloria Scola - translated by Ollie, Rio and Zoe
Tiempo
30 April 2013

"Walter [Salles] seems like a very nice man, and On The Road is a book I read and enjoyed reading. And I knew it was one of those books people like Francis Ford Coppola had been trying to make for decades.

But when I read the book, the last person I'd have seen myself playing was Bull Lee, the William Burroughs character. But I kind of said to myself, 'Don't forget you were surprised by David's idea you could play Freud. And they both were mentors in a way. You had people like Jung came to Freud for advice. And (Allen) Ginsberg and Kerouac and other authors went to Burroughs to soak up his knowledge."