We Have a Winner!

Congratulations to Crystal Martignetti on winning this year's prize!

It is the exhibit opening gift packet of content and images from the 2006 showing, THE NATURE OF LANDSCAPE AND INDEPENDENT PERCEPTION. The exhibit opened on January 14, 2006 at the Track 16 Gallery, and was the joint creation of the late Georg Gudni (author of 'STRANGE FAMILIAR') and Viggo. There were only 500 of the gift packets offered and they were gone in minutes. This one is 230/500, and as you can see, it was signed by both Georg Gudni and Viggo. 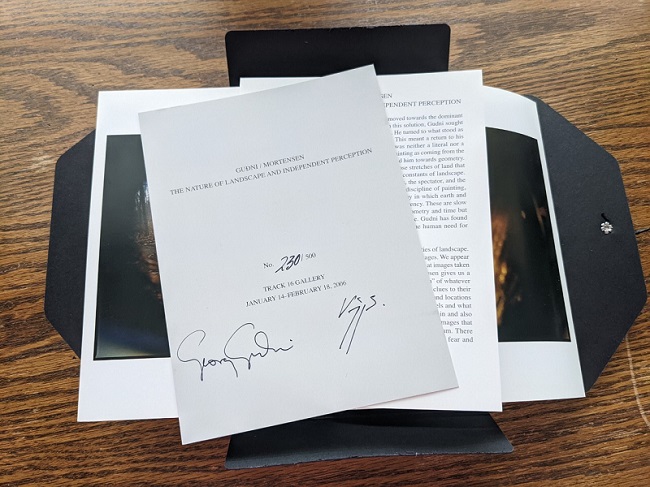 Our thanks to all who contributed!