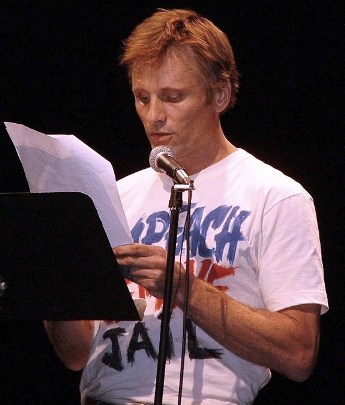 
Franklin Delano Roosevelt:
The only sure bulwark of continuing liberty is a government strong enough to protect the interests of the people, and a people strong enough and well enough informed to maintain its sovereign control over the government.


James Baldwin:
Freedom is not something that anybody can be given. Freedom is something people take, and people are as free as they want to be.


Molly Ivins:
It is possible to read the history of this country as one long struggle to extend the liberties established in our Constitution to everyone in America.


Noam Chomsky:
For those who stubbornly seek freedom, there can be no more urgent task than to come to understand the mechanisms and practices of indoctrination. These are easy to perceive in the totalitarian societies, much less so in the system of 'brainwashing under freedom' to which we are subjected and which all too often we serve as willing or unwitting instruments.


Thomas Jefferson:
A democracy is nothing more than mob rule, where fifty-one percent of the people may take away the rights of the other forty-nine.


Viktor Frankl:
We who lived in concentration camps can remember the men who walked through the huts comforting others, giving away their last piece of bread. They may have been few in number, but they offer sufficient proof that everything can be taken from a man but one thing: the last of the human freedoms -- to choose one's attitude in any given set of circumstances, to choose one's own way.


Voltaire:
So long as the people do not care to exercise their freedom, those who wish to tyrannize will do so; for tyrants are active and ardent, and will devote themselves in the name of any number of gods, religious and otherwise, to put shackles upon sleeping men.


Viggo Mortensen:
Storytellers and stories change, but the opportunity to do well or ill by others and ourselves will always be present. The right to choose how we coexist is ours unless we willingly surrender it. There can be no quick fix, no easy or permanent answer to the troubles of today or tomorrow. A sword is a sword, nothing more. Hope, compassion and wisdom born of experience are, for Middle-earth as for our world, the mightiest weapons at hand.

Happy Independence Day from all of us at Viggo-Works