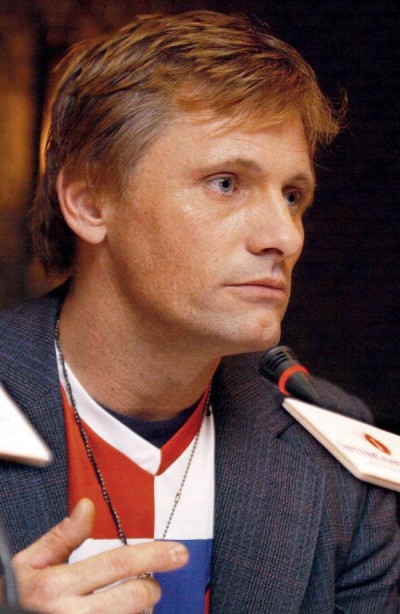 Growing up on camera can have extreme consequences for young actors, but Jason Isaacs insists that his "Harry Potter" co-stars are keeping their egos in check across the pond...

...Currently being seen on Showtime's "Brotherhood," Isaacs will be joining the filming of "Harry Potter and the Order of the Phoenix" next month. He's also hoping to get the movie "Good" off the ground with Viggo Mortensen. "We've been trying to make it for years. We've had the money and no actors, or actors and no money, and now we have both," he tells us. "It's based on a play about how these good men become Nazis. How reasonable, sophisticated people became Nazis, and they did. It wasn't a nation of evil people. It was a nation of people just like you and me, who read papers and listened to music and were ordinary human beings."


Four-time Oscar nominee Ed Harris will write, act, and direct, with actors Diane Lane and Viggo Mortensen, in the big screen adaptation of Robert B. Parker's ``Appaloosa." The Cambridge author said yesterday that ``Ed's working on financing now and has every intention of making the film. . . . He's a fine filmmaker." But Parker, whose novels have been the basis for more than a dozen TV movies and the popular ``Spenser: For Hire," the past two decades, is cautious. ``I know that sometimes pictures don't get made," Parker said. Writing on his blog on Amazon.com, Parker recently broke the news to his fans, who had other questions for him. Will Oscar-winner Helen Hunt play Sunny Randall? ``I have no information . . . which suggests nothing is percolating." And ``Sea Change?" It's being filmed this fall as a CBS-TV movie, starring Tom Selleck. Back to Harris, Parker caught up with him recently for dinner at Grill 23 & Bar in the Back Bay when the actor was in town to work on Ben Affleck's directorial debut ``Gone, Baby, Gone," based on local author Dennis Lehane's bestseller. "I've seen the script, and it's top notch," Parker said of the screenplay Harris co-wrote with writer/actor Robert Knott. Parker said he's in touch with Harris and would like to see the project get made with Harris, Lane, and Mortensen. "They're perfect," he said.