After several in depth attacks by the Bosteros, I began to think that today was not going to be Boca's day, that they were not going to score a goal. Palacios, Calleri, Cata Díaz, Meli, Pérez and others were playing well, but the team seemed dispirited. I wanted a victory, but a tie would not have been the worst thing. Matos entered and I told my old man that this veteran was a scorer, that he'd begun the tournament very well. That maybe it was his turn to do something important. I thought it was nice when Ortigoza entered, because of the effort the Paraguayan had made in order to get there after the friendly FIFA match that he had played the night before in Chile, but I didn't feel that his participation would change history today - even though CASLA did begin to play a little better, with more contact, when he entered and began to drive the rhythm of the Cuervo game. I shouted Torrico's last save of the hard shot by Meli like crazy and when Matos got hold of the ball and got it in at minute 91, I broke the ceiling of the bar with my head. Did you hear that thing from the Bostero sportscaster from Radio Cooperativa AM 770, Daniel Mollo? It pained me to hear him as if I were for Boca. Almost. I'm not making fun of Bosta - not at all - but this audio is incredible. The dark side of the coin of the famous ´86 "Barrilete Cósmico" [tr. note: "Cosmic Kite," Nickname given to Maradona by a sportscaster after his second goal against England in 1986]. Unbelievable: 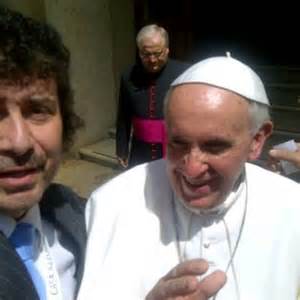 Daniel Mollo with Corvus Maximus
I laughed a lot while listening to Mollo, and also while reading the transcription, but it's rather absurd and exaggerated, not to mention in bad taste, that a supposedly professional guy should spend so many minutes complaining in this manner and using that language on the radio. We are talking about a soccer match. With all that's happening in the world, I think you need to have a little more perspective.

Luckily Buffarini was not called up for the National Team - he was very valuable today in his 150 match for CASLA. He put constant pressure on the Bosteros, and he even caused Betancourt's infamous pass that Matos took advantage of to score the winning goal. And Caruzzo, Barrientos (you were right, he had to play and he did it pretty well,) Mercier, Yepes, Kalinski, Villalba... all the players, even the ones whose game was not that great, provided something to the team's game at key moments. That was the difference today - San Lorenzo is a group of players who listen, look and help their teammates all the time. No matter how much the conservative tactics of our head coach bother me, you have to admit that he has a lot to do with that collective mentality. And Romagnoli, Mercier and Buffarini have also helped to set an example for the kids. I hope that we play a little more forward against Huracán, with more aggressiveness on offence. We have to let the wing players move up. Mas will return. Let's see if they let Mussis play. In the end, there's a lot to improve, but no one can take away from me this addition to our fatherhood regarding Boca Juniors. I don't know what more to say to you, brother. Tell me your feelings about it.

Viggo - You simply can´t believe the match we won. As I told you, I had been nervous since Friday. Yesterday we went to watch it at my old man's house with my brother Juan. We soon realised that Bauza had placed the team very far back, as he usually does. If we had lost today we would be bitching about him non-stop. Pitu Barrientos, who had to be our playmaker and who gave me hope when he appeared as team leader, almost played as a three, right? My brother was telling me: "Bauza is weird. He didn't put in Pitu as team leader against Banfield on our pitch and now he does it in the Bombonera." Anyway, I like Bauza very much, but I don´t share his tactic theories. It's like those people who you love but whose political vision you don't share. What Ortigoza did was huge. It reminded me that once a friend from the neighborhood, called "Panza," arrived at eight in the evening at an indoor soccer match that had started an hour earlier. He had been working as a ticket clerk in a disco and, since he was great, despite the untimely arrival, we included him. And he crushed it. We won by a wide margin in a championship of churches from Boedo. Orti did that, came in and created moves, back and forth. And Matos has something of those war veterans, right? They are guys who seem to have seen the horror face to face and nothing discourages them. He's always there, like that night when he nailed it against the Paraguayan team and we began to be champions. Last night, with my brother and my old man, we shouted out his goal until we were hoarse. Arruabarrena , who already demonstrated his tactical and ethical value when trying to keep the match going after the River players had been through the poisonous tunnel [tr. note: a reference to an attack with pepper gas suffered by River players during a match with Boca], failed once more. He shouldn't have taken Palacios out; I don´t know why he did it. Today I sent Cat Stevens´ "Father and Son" to my Bostero friends, so they can relax thinking about their father, CASLA. It will take a long time; every match is a final and the team is wearing out. I don't know what will happen. We already lost Romagnoli and Barrientos. Now there's a certain Cambodian-ism floating in the air, right? [tr. note: a reference to the Camboyanos, the legendary SL team of the late 80s]. 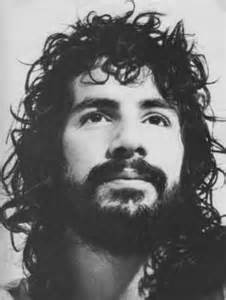 It's not time to make a change
Just relax, take it easy
You're still young, that's your fault
There's so much you have to know
Find a girl, settle down
If you want you can marry
Look at me, I am old, but I'm happy

I was once like you are now
And I know that it's not easy
To be calm when you've found
Something going on
But take your time, think a lot
Think of everything you've got
For you will still be here tomorrow
But your dreams may not

How can I try to explain?
When I do he turns away again
It's always been the same, same old story
From the moment I could talk
I was ordered to listen
Now there's a way
And I know that I have to go away
I know I have to go

It's not time to make a change
Just sit down, take it slowly
You're still young, that's your fault
There's so much you have to go through
Find a girl, settle down
If you want you can marry
Look at me, I am old, but I'm happy

All the times that I've cried
Keeping all the things I knew inside
It's hard, but it's harder to ignore it
If they were right I'd agree
But it's them they know, not me
Now there's a way
And I know that I have to go away
I know I have to go

How nice that you could watch the match with your dad, and your brother Juan! It's true that this team has something special, a humble mystique with a stubborn side, like the Camboyanos. The club is not poverty-stricken as was the case in the late 80s, and today's players have a pitch, hot water for the showers and get a decent salary, but the profiles of the Camboyanos and Paton's team are alike in certain things. Both groups get good results based on consistent work, without being too showy. They are always for fighting to the end, in a collective manner, and never give anything up for lost, as the Uruguayan, Lucho Malvárez, the right wing-back who was captain of the Camboyanos, described the warrior spirit of that legendary San Lorenzo. 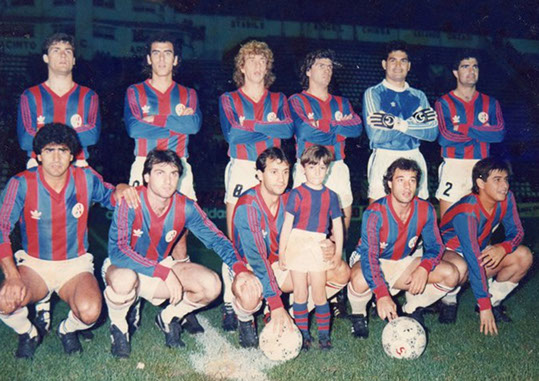 Camboyanos
There is something hopelessly romantic, something crazily innocent and hopeful in the impulse to blindly go to the front, to risk attacking without having all the talent in the world. If we don't become cynics, you and I will always have something of that careless innocence, that youthful vision that is pure renaissance, pure spring. Someday we'll pass on to a new dimension and leave to other Cuervos the responsibility of caring for and increasing that feeling inside, of taking charge of the "airplane test" as supporters of San Lorenzo de Almagro. Look at that little kid in the Camboyanos photo. That's you and I, brother.

The little kid in the photo is unbelievable. How old would he be now? I've been thinking a lot about the match. I think that more than a triumph, it was a very good, nasty prank, one of those that no one likes to suffer. San Lorenzo doesn't play like they can; they play how they like to play and wisely stood their ground, knowing their counterattack script well. To me, if you let me choose, I'd like to have won like Union won, with Tévez on the pitch, four to three, exchanging goalpost for goalpost. I have that quirk of my profession that makes me enjoy it more if my team plays in a lyrical way. Just as I believe that the Boca debacle began with a series of matches between them and River that ended up with all the sick players from the tunnel of pepper gas. Arrubarrena lost his bearings and still hasn't recovered. He should reinvent himself like "Lord Jim," that unforgettable Conrad character on a distant Pacific island, right?

P.S. I just received a postcard you sent, very lovely, of the indigenous tribes of North America. How do you make these postcards arrive? It's incredible.

I just send them. The package that I sent you for Christmas was just returned for the third time, so things don't always work.

That's incredible. Keep that package for next year when I'm going to Spain.