The Guy Can't Help It 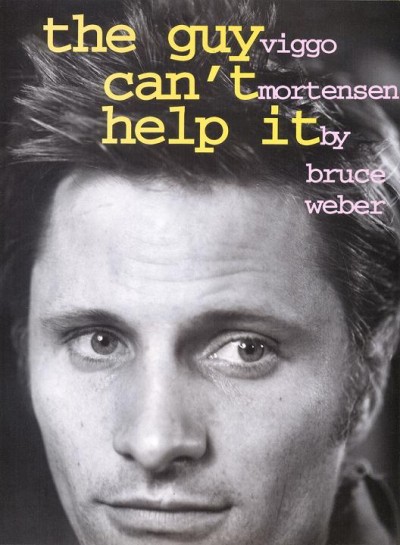 Viggo Mortensen is about to travel to Italy, he is nervous and excited. Not about the trip, which he has done before, but because he will have to shoot two movies simultaneously.

The thirty-six year old American actor of Danish origins is in fact one of the stars of the new Jane Campion movie, Portrait of a Lady with Nicole Kidman, which is being shot between London, Florence and Lucca and of the new Sylvester Stallone movie Daylight directed by Rob Cohen under works at Cinecitta [Roman Studios].

"The two movies," explains Mortensen with a vaguely anxious tone, "are very different: one is a period piece, in costume, an intimate, delicate story; the other is a typical blockbuster action movie, a frantic, megaproduction, a Stallone picture. And I find myself in the enviable but unstable position of having to commute between two sets. Two days here, four days there and so on. Traveling continuously doesn't bother me but getting in and out of character could prove complicated."

Viggo Mortensen is one of the most respected young actors in Hollywood. He carries with him an experience in the avant-garde that allows him to play difficult characters, sometimes psychologically challenged, with ease. He doesn't seem to care too much about it however, even though, with his physique and his looks, he could easily become a leading man.

Viggo's career started with the role of an Amish in Witness. Critics and public however took notice of his existence after the explosive interpretation of The Indian Runner, the first movie directed by Sean Penn, where Viggo acted alongside David Morse, Sandy Dennis and Patricia Arquette. The role of the ex-friend traitor in a wheelchair in Brian De Palma's Carlito's Way with Al Pacino followed.

Recently Mortensen made himself known once again in the role of the officer responsible for the launch of the nuclear weapons on board an American submarine in Tony Scott's Crimson Tide with Denzel Washington and Gene Hackman. In the movie, he is caught between a rock and hard place in the deadly confrontation between Hackman and Washington. Mortensen offers a restrained, dignified and incredible solid performance: the voice of reason in the power play of the two main characters.

"My character," Viggo explains, "is an ordinary man trapped in an extraordinary situation which requires a difficult decision on his part. It was nice for once to play a character similar to myself, a man with a job, a family, instead of the usual psychopath. But it was even harder because a role like this requires complete focus, while for the role of the crazy man you can always hide behind violence, make up or a twitch. The real surprise for me was Tony Scott who I knew as a director only thanks to a description by Patricia Arquette, who is a friend and had worked with him on True Romance. Tony is a mature and capable director that won't get intimidated or irritated by suggestions from the actors, on the contrary, he accepts them with open arms. The only things I would change about Tony are his ever-present pink shorts that he wears on the set and his faithful companion, his cigar."

But high-grossing movies are not the norm for Viggo Mortensen who, until not long ago, was considered one of the most underestimated actors in Hollywood, one of those who could find work only in small independent productions of some avant-garde director. Even today though he receives offers for far higher profile roles, Viggo still likes to play in a small movie with great expectations between one big movie and another, such as Albino Alligator directed by Kevin Spacey or Gimlet, a movie shot in Barcelona, Spain, with Angela Molina, in which Mortensen also managed to show his knowledge of the Spanish language.

"Some jobs," says Viggo, "are more interesting than others. Not only for the character I have to play but also for the atmosphere on the set or the location. I try to be cynical enough about what I do and I manage not to carry with me psychological ties to my work. At the end of the day my job is one that is modified and completed by others in the editing room. Sometimes this is very frustrating. The secret is to keep loving your work but to be able to detach yourself from it the moment the director says, "It's a wrap!" You need a lot of movies and a lot of time to be able to reach this type of balance and often I fight the need to control or change my performance.

To keep his balance in an unstable environment such as that of the film business, Viggo Mortensen writes poems. Some are more like essays, stream of consciousness, more than rhymes, but with feelings, so much that one of his collections has been published under the title Ten Last Night. Poetry is his refuge, and offers him a chance to say his piece in an entirely original way. Of Viggo's private life very little is known besides that he married Exene Cervenka, singer of the punk band X, famous in the 80s, and that this union produced a son that today is seven and a half years old and lives mostly with his father.

"When my son was little," relates Viggo, "I used to take him with me everywhere, even on location. Now it is harder because he is in second grade. For my son, my job is like any other. He is very philosophical about the whole movie experience because he knows that there is very little that is glamorous. Mostly there is the boredom of waiting between one take and the other. Every once in a while he offers his point of view, he says, 'You know, Dad, that scene that you just shot is better than the one before, we can recognize you better.' Who knows? Even now at seven and a half he seem more intelligent than me, maybe he will be a director..."