It would appear that Viggo is keeping everyone on the set well-fed. 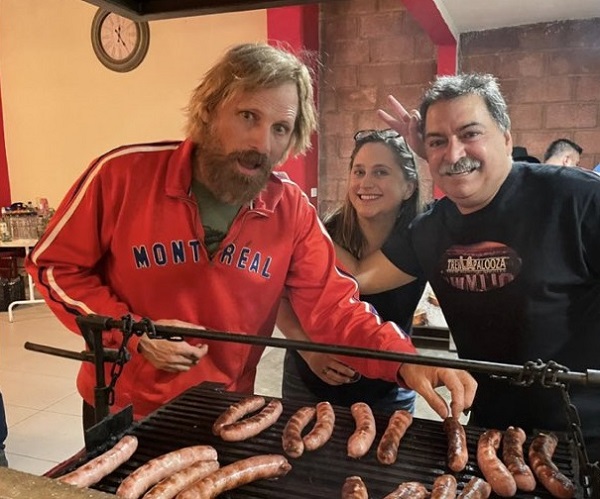 So good to see two Viggo movies mentioned in this article at Variety:

Quote:
Pundits are focusing on Venice-Telluride-Toronto offerings, but there were a lot of goodies before those events...

​Crimes of the Future (NEON)

Why has David Cronenberg never been nominated for an Oscar? It’s probably because he often creates genre films that make some people uncomfortable. The audacious and witty “Crimes” centers on humans trying to take control over their bodies. There are some squishy moments but as Viggo Mortensen's character says, “Art triumphs once again.”

You might think you know all about the rescue of the young Thai soccer team and their coach from a flooded cave. But you don’t. Director Ron Howard and his team offer what Hollywood does best: a big-scale look at an event that always keeps focus on the individuals. All contributions are first-rate. And like the other films here, it’s definitely worth watching.

Thanks to Chrissie for the find. Great clip from Movie Roar - 13 Lives Soundbite Pulls Viggo Mortensen as Rick Stanton

Viggo Mortensen on heroism: 'You don't have to go save 13 people in a cave in Thailand to do the right thing'

Our thanks to Lindi for the find. 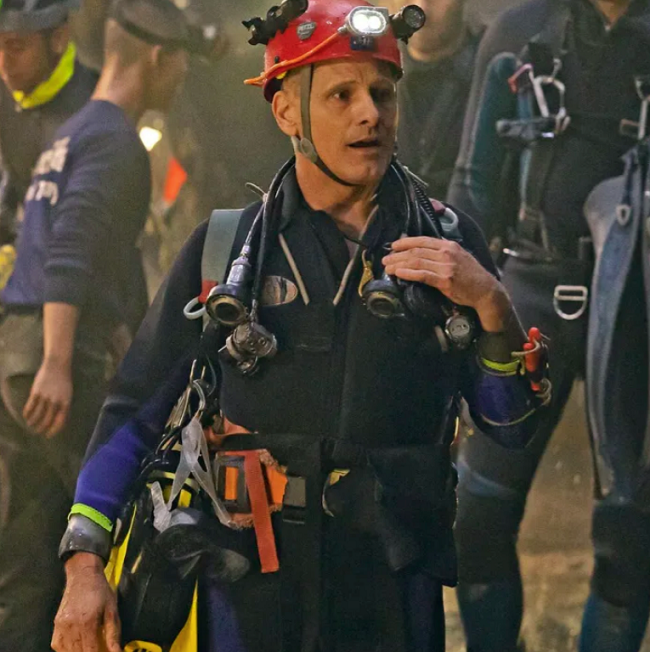 Even as the actual event was unfolding, you knew the 2018 Thai cave rescue — a gripping real-life story of ingenuity and international cooperation with a happy ending — would become a Hollywood movie. But we should count ourselves lucky that the resulting film is Thirteen Lives, directed by a consummate pro, Ron Howard, and starring the flinty, always-interesting Viggo Mortensen as Richard "Rick" Stanton, the no-nonsense British cave diver who devised a daring plan that resulted in all lives being saved. We spoke with Mortensen, 63, about his attachment to the story, his preparation for the role, and his deeper thoughts about inspiration and heroism.

ENTERTAINMENT WEEKLY: You've played one of the most iconic heroes in literature, J.R.R. Tolkien's Aragorn, but what I like about your Rick Stanton is that he's not iconic. There's something very rough-edged and cranky about him — an unlikely hero — and it's fascinating watching you perform this. Was that part of the appeal of the role for you?

VIGGO MORTENSEN: It's interesting that you compare him to Aragorn. There are similarities. Both can be a little gruff, but they're very direct: men of few words, men who are determined to do the right thing. They're both working within a team. Both stories are about a collective effort, a selfless effort, for the common good, for the good of all people on the planet. Or, in the case of Lord of the Rings, Middle-earth.

Meanwhile, our whole planet has heard about the Thai cave rescue. Does being in a movie like Thirteen Lives go beyond character?

My main reason to do it was what this story says about us as human beings, about our potential to do good. It's about the best of us. Because this is a story where hundreds, thousands of people got together, not just these divers from Great Britain, but all kinds of people, especially in Thailand, for all the right reasons. Not to make money, not to gain territory, not to beat someone at something competitively.

Sadly, that's not the kind of story we hear a lot about these days, even from Hollywood.

We do live in polarized times. There's a lot of conflict, a lot of modeling by leaders, whether they be in politics or the corporate world, entertainment, sports — not just in the U.S., but around the world. Examples of selfishness and greed and super-competitive behavior, dishonesty. And people are getting rewarded for that. You have people, especially young people going, "Maybe that's the way to be. Look at that guy, he's got the cars, he's got the girls," or, "Look at her, she got all the attention she wants, all the money." But every once in a while something happens that's remarkable, where a lot of people get together and do things for all the right reasons.

Thirteen Lives also dramatizes a victory for science and problem-solving.

You're right about science. There's a very methodical approach to what Rick did and what others did as to how to get them out. It was just a massive effort. Every aspect of the story is too good to be true. It beggars belief. And yet, that is how it happened. It did happen.

I sometimes had to remind myself while watching it: This really happened.

I remember as a kid seeing Apollo 11, when they landed on the moon, it's like, "God, they did that," or the rescue of the miners in Chile. Where there's a will, there's a way, because human beings certainly have the ingenuity, the bravery, the ability to show compassion, to sacrifice. This is massive, active, effective volunteerism. And we could be doing this a lot more.

You bring up Apollo 11 — Thirteen Lives reminds me of Ron Howard's Apollo 13 for its bristly character moments, people caught in extremis. Talk to me about what it was like meeting Rick. Is he like that?

He is like that, certainly when you first meet him. We arranged to meet by Zoom and he wasn't saying a lot and we just started tentatively. But then he warmed up. I think it's just a matter of trust, the way he doesn't like to waste words or energy. Once he realized that my interest was in getting it right and portraying him as accurately as I could, then he opened up. Over a period of months, we were Zooming several days a week for hours. But yeah, he's not the easiest person to get to know. He calls it like it is, even if it hurts people's feelings. He says what he thinks.

"I don't even like kids," you grumble in the movie, and it's a big laugh line. Meanwhile, when you're in something like Green Book, you're behind the wheel of a beautiful car, you're gulping down pizzas. Or in David Cronenberg's Crimes of the Future, you're hanging out with Léa Seydoux and Kristen Stewart. This film, on the other hand, feels like it was a lot of physical labor, swimming and diving. Talk to me about the sheer stamina of doing this.

It was a strenuous job for all of us who were diving in this story. What you see on screen is just a small fraction of what we shot. I became certified to scuba dive about 25, 26 years ago. It was when I was preparing to do G.I. Jane [1997]. There was a sequence that was going to happen underwater and we ended up not shooting that. So I had to re-certify and get familiar with it again. But now it wasn't in open water. If you came up to the surface, there's no sky above you. Two feet above you is just rock, and you better get through this passageway or you're not going to come out. It was time consuming, energy consuming, but all the actors wanted to do it. We spent countless hours underwater. I was sad when I said goodbye to the last tunnel and eventually took my gear off and had to turn in my harness and my tanks. I was like, "These are my friends."

Were those tunnels built for the film?

They built it. There was this enormous airplane hangar-type building — these huge, double Olympic-size tanks — and they would build these long sections of tunnel. And then they would flood it, put 20 feet of water in there. We would practice for a day for several hours to figure out how to get through. While we were doing the weeks of shooting in that part, they would be building the next section in another hangar. We'd finish that and then the following week, we'd try that. Each one by degree got more difficult. If they'd given us the fourth or fifth section to do the first week, we wouldn't have known to do it. It would've been too hard.

Have there been moments in your life where you feel like you've heard that call to become a hero, and do you mind sharing one with me?

I don't know if I'm comfortable doing that, but everybody has situations, moments. It's all a question of choice, freewill. There are moments where — it can be as simple as you bump into someone walking down the street, you have the choice to turn around and say, "Excuse me," or not do anything and pretend it didn't happen. You have the choice to stop and apologize and make amends, or just move on. It's just little things. It's compassion.

Those are the things that people are called on every day. You don't have to go save 13 people in a cave in Thailand to do the right thing. When I say there should be more of the volunteerism and more collective thinking, I just mean your day-to-day, how you deal with people, especially people that you don't necessarily agree with politically. How do you behave? What's your tone of voice? Do you listen to others who differ in their opinions from you? It's just that stuff.