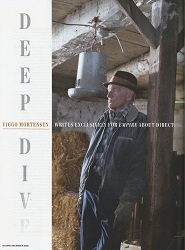 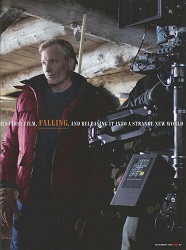 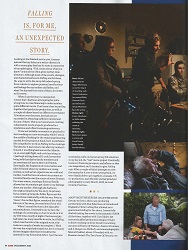 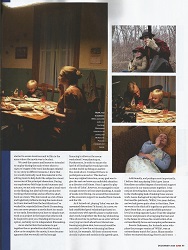 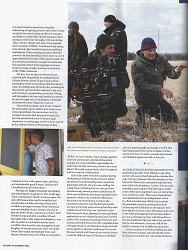 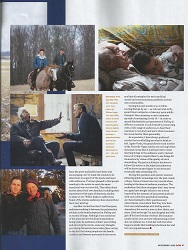 Up Close and Personal With Viggo Mortensen, the Director

A new article from Variety.
Quote:

"Displaying characteristic humility and humor, Mortensen said it was a good thing he had made his first movie at 60 as it had given him time to learn from others."

Image Variety
No need to introduce Viggo Mortensen, the multi-award winning actor, whose most recent accolade was a career achievement Donostia Award at the San Sebastian Festival last month. But the Lumière classic film festival in Lyon was a chance to get up close and personal with Mortensen, the director, at a masterclass in the intimate Comédie Odéon theater.

Switching comfortably between French, English and the occasional Spanish – Mortensen lives in Madrid – the actor-turned-director answered openly to the questions put to him.

Mortensen's debut, "Falling," is among 23 films originally selected to premiere in Cannes that will be screened at this edition of Lumière, whose director, Thierry Frémaux, also runs the Cannes fest. It tells the story of John, a gay man whose conservative and homophobic father starts to exhibit symptoms of dementia, forcing him to sell the family farm and move in with John and his husband. Asked how autobiographic the film is, Mortensen said that while he was inspired by his own parents' illness, he wanted to show the world from the point of view of the person suffering from dementia.

"Most movies about people with dementia show them as confused, but in reality the people who are confused are those on the outside. The one who thinks it's 1956 and he's making love to his wife – he's not confused, he's there, that's his present," said Mortensen. "It was a very short shoot – just five weeks – and I wanted a library of pictures from different seasons to use as a memory for this person. I wanted to find a way of showing this (reality) through image and sound, that was the challenge for me."

How did he prepare for the film?

"Making movies is about solving a series of problems that don't end until the movie is there," he said. "You can do it happily and collectively or you can be screaming and yelling… it's like life."

Displaying characteristic humility and humor, Mortensen said it was a good thing he had made his first movie at 60 as it had given him time to learn from others.
Quote:

Image Variety
"I've always learned from the films I've done, even the bad ones. I've learned how to make a good film, how to manage a shoot, how a good director talks with his team and is open to suggestions."

Mortensen made special mention of Peter Jackson, who gave him his break with the "Lord of the Rings" trilogy. "With his intelligence, his energy and problem-solving abilities, he taught his team how to adapt and overcome problems. You can do it if you really want to, there's always a way."

"Two things: You can never prepare too much or too early for a shoot, because more problems will come anyway. It allows you to anticipate." He paused, and added with a smile: "It's not going to be the way you expect it anyway, but you'll be ready for that, too."

Referring to his 2019 Oscar-winning film "Green Book," Mortensen said he had a lot to learn as he had never done this kind of character. The director, Peter Farrelly, simply told him to trust himself.

"For comedy it's the same as drama," said Mortensen. "It's about timing, music. Once we started doing some of the scenes, we had a very good connection with Mahershala (Ali), and I thought: 'If they edit this well, it will work.' The crew was laughing, but you never know. I've seen some shoots where you think it's going well, but it turns out bad. It's very hard to make a good movie."

What kind of film did he want to make?

"Independent films tell stories that are more original than big studio productions: the more money is spent on a film, the more investors want to recover their money. So, they make something that has worked before, it's no surprise you keep seeing the same stuff.

"If my film works, it's because it draws you in and you take part in the storytelling. And if it works, the film is not mine, it's in your hands."

"Falling" is out now in Spain and from Nov. 4 across Europe.

Another really good interview in the Spanish press - this time from La Vanguardia.

It includes these lovely photos: 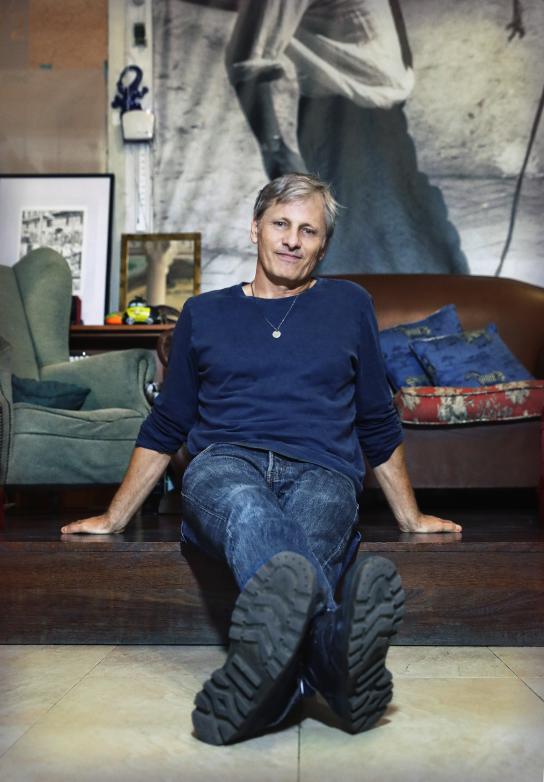 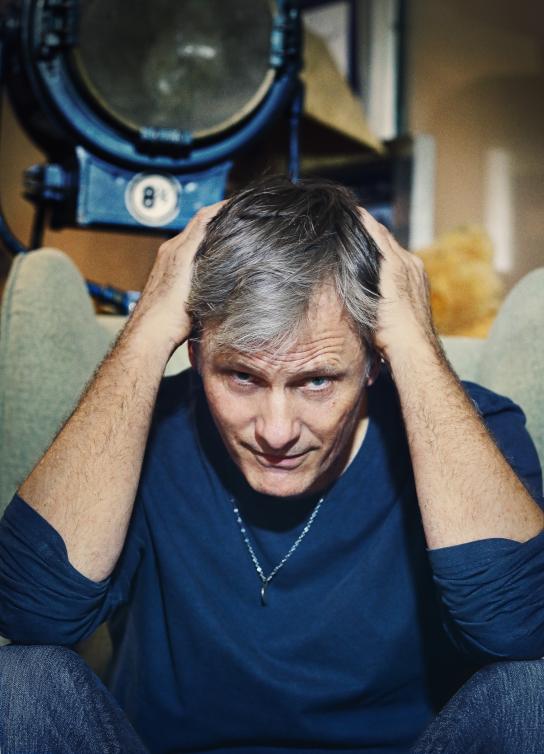 You can read this really good interview in the Spanish press - this time from La Vanguardia.