A History of Their Collaboration

David Cronenberg and Viggo Mortensen agree there are certain similarities between A History of Violence and Eastern Promises, but it was the differences that ultimately made it an irresistible proposition.

David Cronenberg jokes that he had to resort to extreme methods to talk his A History of Violence star Viggo Mortensen into signing on to their new project Eastern Promises. There are certain similar points in the two movies that gave the actor pause, but the director ultimately prevailed.

"We did talk about it and finally, as I tried to seduce Viggo into doing the movie, I managed to convince him - by the use of drugs and other means and electric shock and waterboarding - that it was so different," he laughs while speaking to FilmStew during a recent pre-Toronto visit along with Mortensen to San Francisco. Both films are mob movies, but A History of Violence is distinctly American and Mortensen's character Tom is an all-American archetype, the guy who comes to a new place and completely reinvents himself.

The actor admits there was another incentive to signing on for a second movie with Cronenberg: making movies with Cronenberg is fun. To the director, making movies is play, kind of like a weeks-long recess. "You have to remember that basically you're children. Talk about innocence, you have to allow yourself to be innocent when you're making a movie," Mortensen explains. "You have to be like children, because after all, you're putting on funny mustaches that aren't real. You're putting on clothes; you're calling each other by names that you are not. It's like playing in a sandbox and you don't want to lose that naiveté and that innocence. You want to create a reality. You can't be cynical and you can't be too adult."

"Most directors who have anywhere near the technical know-how and the preparation that David has kind of stay in that adult serious business area as they're shooting," the actor continues. "Partly because they don't know how to loosen up and have fun and because they're not secure enough in themselves to sort of let things come to them on the day or some strange idea from an actor or a crew member or the weather, whatever, just so something goes wrong."

"[With David], there is no wrong, just use it, and his being that way makes it fun and allows quirky things to happen and makes people like me feel comfortable enough to relax and see what happens to us, without thinking, 'Oh, he's not going to like this.' Anything goes to an extent, as long as you're focused and prepared for the day's work."

But when it came to making the movie, that theme played no part. It is of no use to Cronenberg as a filmmaker and even less use to the actors. "I can't make a movie about abstractions," he says. "I don't think in terms of themes. When I'm thinking about doing a movie, when I'm making a movie, I don't think about themes."

"Imagine it this way; you cannot photograph an abstract concept like innocence," he insists. " Likewise, an actor cannot play an abstract concept either. I can't say, 'I want you to embody innocence in your performance.' That's a sure way to make an actor break down and cry, because there's no way to do that."

Mortensen agrees. "When you're doing it, it doesn't serve any purpose other than to distract you and kill the spontaneity of what's happening, because really when the train starts moving and you've done all this preparation, then it has its own life, the shoot," he says. "It's just a struggle to tell a story."

"I knew that I was playing a character, who even in complicated and savage circumstances is - for whatever reason - trying to do, according to his own code of ethics, the right thing," Mortensen adds. "It's very complicated and it's actually a threat to your personal safety in some cases, hers, mine, several people where people seem one thing - bad, cold, or crazy maybe - what are they doing? It's of no use to you to try to help someone you don't know."

"These movies have a soul," insists Mortensen. "There's a reason you want to go see it again. It's not just because, 'Oh now that I know that, I want to see the initial part of the story.' There's something that stays with you. There's a residue of something very human and it's hard to put your finger on that we all have. And what I love about him as a storyteller is that he doesn't tell you everything. What's going to happen to them now? I really think about that. I gotta see that again. That's a good story. And you don't really feel that way - I don't anyway - with most movies, even by good directors. I just don't get that feeling afterwards." 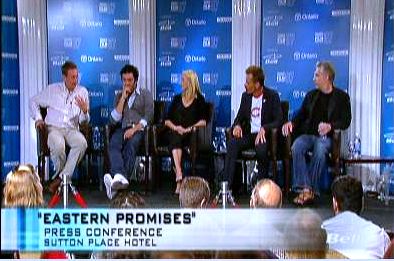 Our thanks to sidhex3, and JaneT for simultaneously sending us word that the Eastern Promises TIFF Press Conference is now available.

To view it, simply visit the The Official TIFF Website.

8 September 2007 20:38:57
Source: Bohemian Babe
Categories: Movie Promotions
Our thanks to Bohemian Babe for sending along her photos from this evening's red carpet at TIFF. 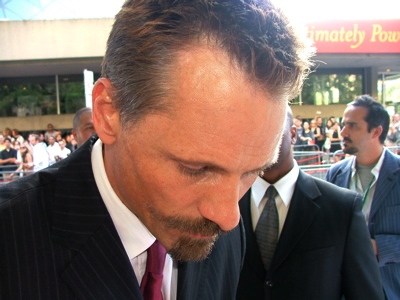 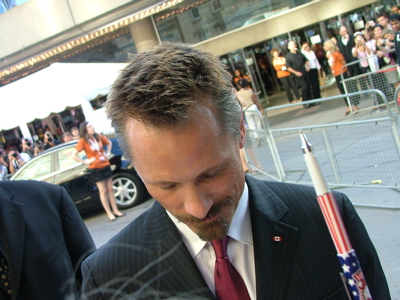 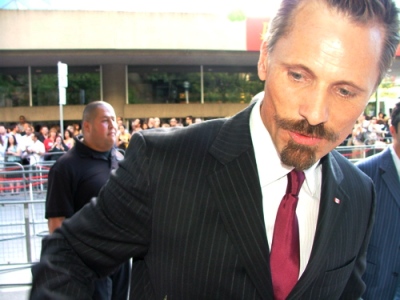 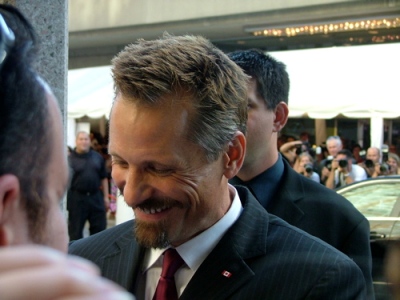 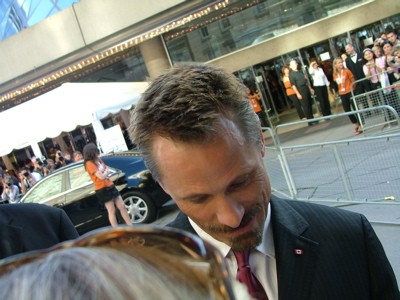 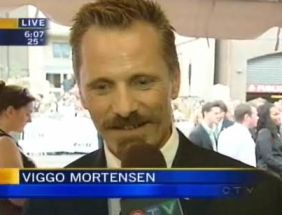 Our thanks to Splatnext for sending along the link to this great video interview with David Cronenberg from the TIFF red carpet. Also...hang on...wait...at the end of the video there is a glorious and funny interview with Viggo.

you can find a great video here:

Marie Anna Bachynscy interview with David Cronenberg its a long interview and towards the end you get the first glimpse of viggo keep watching there also interviewing Viggo.

8 September 2007 18:42:11
Source: AP.
Found By: Chrissiejane
Categories: Movie Promotions
Our thanks to Chrissiejane for sending us the first glimpses of the Eastern Promises red carpet at TIFF. 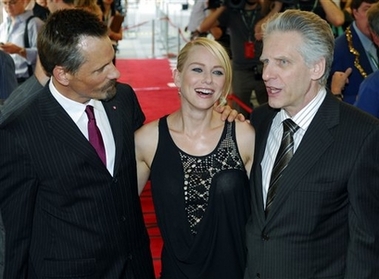 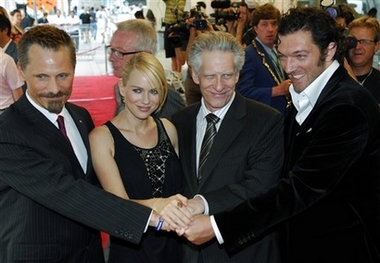 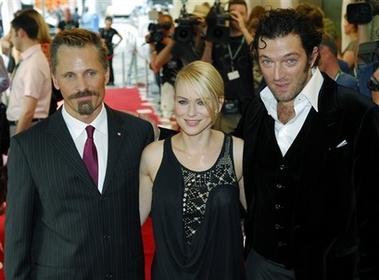 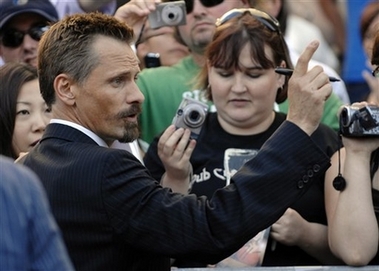 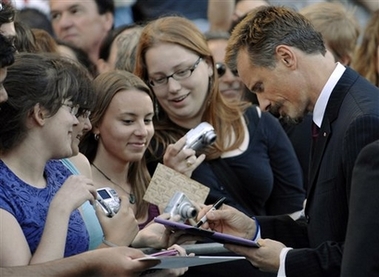