27 September 2007 14:44:38
Source: Empire Magazine.
Found By: Iolanthe
Categories: Movie Promotions
Our thanks to Iolanthe for the scans. 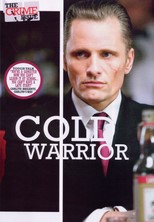 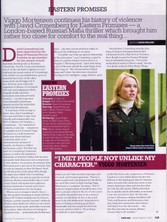 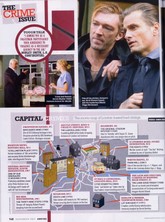 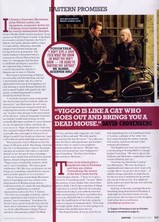 The Art of Tattooing 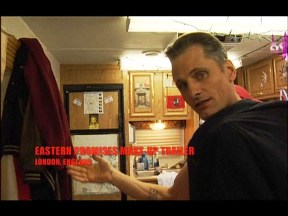 Our thanks to Paradise, Splatnext, and erfoud for the heads up on this video from Amazon.com and Focus Features.

Watch the video at Amazon.com.

Eastern Promises: Denmark Premiere 9.23.07
Image Nicolai Svane.
© Ekstra Bladet.
Our thanks to Chrissie for bringing us this article in Ekstra Bladet and a videoclip from the red carpet HERE. 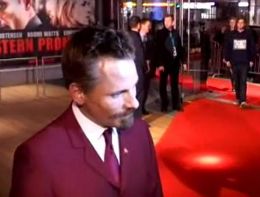 Our thanks to Chrissie for surfacing another clip from TV.JP of Viggo meeting the media and posing for pictures on the red carpet at the Eastern Promises premiere in Copenhagen. 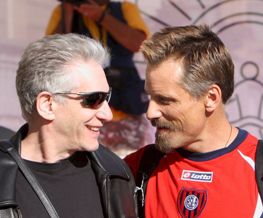 Our thanks to Dom for bringing us this great news out of San Sebastian via Variety.
Quote:

-- As Nikolai, the Russian mafioso played by Viggo Mortensen in David Cronenberg's "Eastern Promises," plunged a knife into the eye of a Chechen mobster, the audience at its San Sebastian press screening on Thursday morning let out a collective groan... and then burst into applause.
There was more applause at the screening's end.

"Promises" was chosen by San Sebastian fest director Mikel Olaciregui as the gala opener for this year's 55th edition. The reception of the London-set Russian mobster drama will do nothing to dent the strong impression the pic already made in Toronto, where it won the audience award.

Polled by Variety, reviewers at major Spanish newspapers gave the film an unanimous thumbs up. "It's very strong, a powerful movie," said one.

That positive reaction permeated an upbeat press conference, where Cronenberg politely rebuffed local journalists' insistence on his penchant for violence.

" 'Promises' is a film about Russian gangsters. You have to deal with the question of violence. But it's their way of life. It's not a matter of vengeance or sadism or pleasure. It's a business," he said.

"If you're asking me why I shot the violence in such an extreme way, I want my audience to understand what the physical reality of violence is. Violence is a destruction of a human body. I'm not treating it as a cinematic event but as a physical human event," he added.

Mortensen charmed the audience. That was partly due to his use of the host languages. He began by speaking in Spanish -- with an Argentine lilt as he spent years there when growing up -- and then topped that by going into Basque.

Spain has already taken Mortensen to its heart after he toplined last year's "Alatriste," a blockbusting Spanish swashbuckler. That performance won him a Spanish Academy Goya nomination.

"I've never won a prize," he mused at the press conference. After "Eastern Promises," the Spanish press was suggesting that his turn as the emotionally tightly-leashed Nikolai puts him in the running for one at San Sebastian.

With "Eastern Promises," San Sebastian has gotten off to a strong start. On paper at least, it looked likely to continue Thursday evening when Spanish femme detective drama "Mataharis" unspooled in competition.

San Sebastian's always been strong on Spanish preems, plus new talent, and emerging filmmaking regions. Where it's got some ground to make up, many Spanish scribes charge, is in big star wattage.

This year should make some amends.

That will hardly turn San Sebastian into a Hollywood catwalk, but it does rep a bit of a fightback against the glam of Toronto and newboy Rome.