Thanks to Lindi for the find. 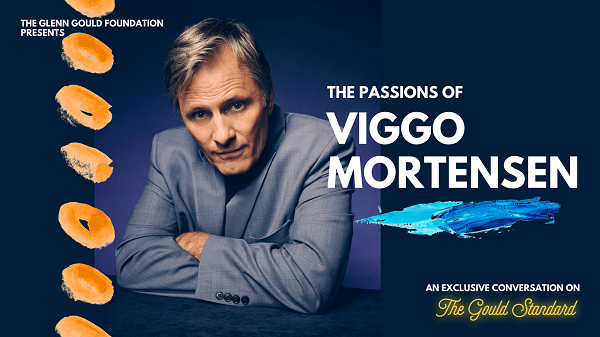 In Part II of our conversation with Viggo Mortensen, we delve into this protean artist's multidimensional engagements following his landmark success in the film adaptation of J.R.R. Tolkien's Lord of the Rings. Viggo delights and astonishes with his boundless curiosity, creativity and passion.

From the Glenn Gould Foundation

Categories: Magazine/Internet Interviews TV & Radio Interviews
Thanks to Chrissie for the find.

The Passions of Viggo Mortensen: Part I

Enshrined in the hearts and minds of film lovers and fantasy fans as the perfect embodiment of Aragorn the King in Lord of the Rings, Viggo joins us during his time in quarantine via Zoom for Part One of a candid and far-reaching conversation of his formative experiences, creative passions and Tolkien-esque adventures.